Posted on September 15, 2015 by nathantoeppner 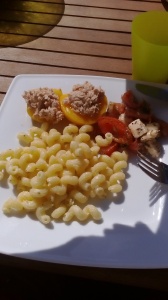 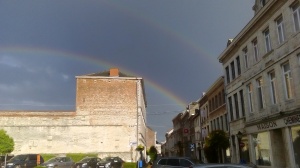 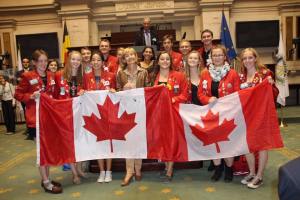 Well it’s been a while since I posted but I find the time to keep myself awake long enough to post something. I was going to post yesterday but my internet was down!

Everything has straightened out and is going well now.
Especially school! Math is now an optional course, I don’t have to go. I have easier french classes that don’t make me do essays and read two books a month! In fact today i had shop class for 5 of 8 classes today which was awesome! I got to use a lathe machine. Well I got to use the simulator anyways. Its ridiculously hard especially being explain in french and even broken english! 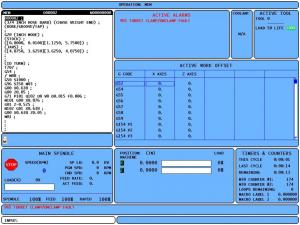 That is what the screen looks like, you need to punch in coordinates x,y for the lathe machine to cut the spinning piece of metal. Lets just say after wards the simulator told me the machine basically blew up.. Wasn’t so good at it! Next post I will add a picture of the full simulator and the real machine that I hopefully will never use! 😛

One of the above pictures is of a meal I ate. You may be wonder what you see… Well one is a tofu and tomato salad.. well thats what I think it was anyways! and the other is pasta. Whats beside my salad though? Yes, it is peaches cut in half with tuna on them. It was actually really freaking good if you like peaches and tuna. I would eat it again!

Another picture is a double rainbow, no big deal. 😉 In belgium in one day its usually hot, cold, rain, overcast, thunderstorms, windy, sunny, and who knows what else to come. In that picture it had just finished down pouring, as you can tell with the black sky, but it was still lightning and sunny with rainbows! Crazy weather here! It was about plus 15 today not too bad. Mornings are coldish at like plus 7.

Tomorrow I will be going to a coal mine. Should be interesting! I will take pictures 😛